Thirsty for a Strong Instructional Practice? 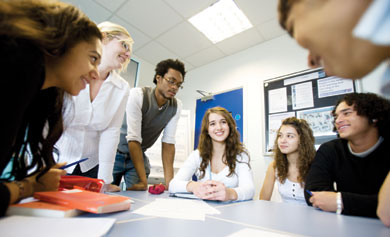 Discussions, in either online or face-to-face classes, can sometimes turn into an exchange of opinions without much evidence for support. In addition, a few students can dominate a discussion while other students’ voices fade into the background.

Take a SIP of This: Debate as Instruction

Creating discussion in the form of debate, either face-to-face or online, can encourage students to consider viewpoints more thoroughly and sometimes argue for viewpoints that are not necessarily their own. Debates require students to create thoughtful, well-articulated arguments and support them with empirical evidence from original sources, research, and case studies, among other sources.

Many types of debate are highly structured and used in debate competitions. This SIP takes some liberties in suggesting modified approaches that could be used less formally in the college classroom. Here are some ideas:

2. The judge makes a list of questions that serve as an outline for the debate and that the debaters use to develop their arguments.

3. The judge establishes criteria for evaluating the quality of an argument and standards for supporting evidence.

4. The debaters take turns presenting their arguments and counterarguments.

5. The judge evaluates the arguments and decides the winner.

1. The professor poses an assertion to the class.

2. Students decide if they strongly agree, agree, disagree, or strongly disagree and write one paragraph on their opinion, using evidence for support.

3. Students choose one corner of the room where the professor has posted pieces of paper, each saying strongly agree, agree, disagree, or strongly disagree.

4. Students spend 10-15 minutes discussing their ideas with their classmates in each corner and can change corners if their position changes.

5. Students return to their seats and write a second paragraph describing how their opinions changed as a result of the discussion, using evidence as support.

1. Criteria for the quality of an argument and supporting evidence are established, either by the professor alone or with the class.

2. Four students are selected or volunteer to sit in a semi-circle in front of the class.

3. One at a time, classmates ask the panel questions about a topic that the class has already studied. The panel discusses a question until it is exhausted.

4. New students take their place on the panel after an existing panel member has made three contributions to the debate.

5. The activity continues until each student has taken a turn on the panel.

Using public, online debate platforms either you or your students can debate with each other or with the public. Here are a few:

Still Thirsty? Take another SIP of Debate as Instruction Permanent link to this article: https://sites.msudenver.edu/sips/sip-6-9-debate-as-instruction/